Dairy Queen is celebrating summer with the launch of the new Oreo Fudge Brownie Blizzard Treat.

Attention Chocolate Lovers: An Oreo Fudge Brownie Blizzard Is DQ’s Blizzard of the Month for August. 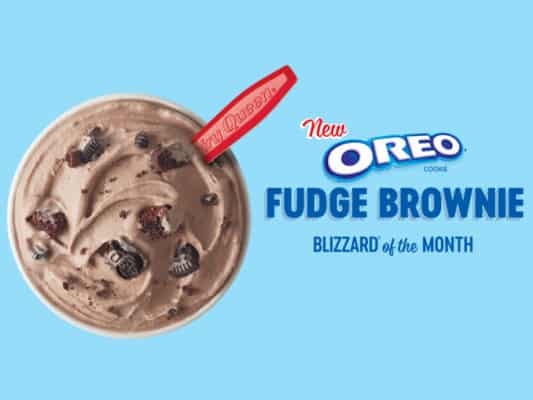 Dairy Queen released its new blizzard of the month for August, and it’s a chocolate connoisseur’s dream: Oreo Fudge Brownie. Could there be a combo more chocolate-centric than that?

Until the end of August, you can get this super chocolatey treat made of Oreo cookie pieces, brownie pieces, and cocoa fudge blended with DQ’s signature vanilla soft serve.

The blizzard is crunchy, chocolatey, and chewy, so it truly has it all.

As with all of the chain’s blizzards, you can get it in mini, small, medium, and large sizes with varying prices.

The new blizzard will be available at participating downriver Dairy Queen locations.

If you’re a big Oreo fan but not so hot on the fudge and brownie situation, Dairy Queen also has limited-time Oreo Cheesecake blizzards for summer.

Source: This news was posted first on Delish.