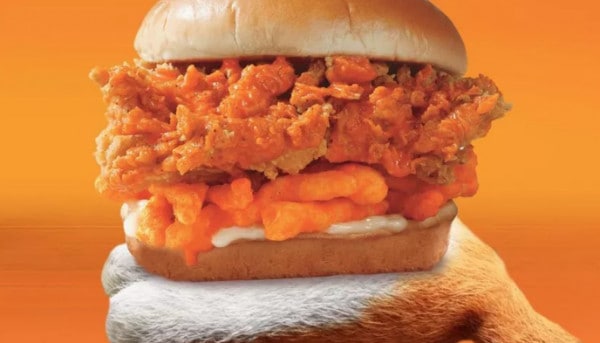 Time to derail your healthy diet!

We have some finger-lickin news…

KFC, the infamous fried chicken chain has done it again with a new attention-seeking menu item, by unveiling the Cheetos Chicken Sandwich.

The dangerously delicious cheesy combination is made by coating KFC’s juicy, hand-breaded Extra Crispy chicken filet with special Cheetos sauce, along with the Colonel’s mayo, a layer of crunchy Cheetos and placed on a toasted bun.

The limited-edition menu by the Colonel is literally called “the sandwich of your dreams.”

“The sandwich of your dreams. KFC’s juicy hand-breaded Extra Crispy chicken filet with special Cheetos sauced placed on a toasted bun with mayo and a layer of crunchy Cheetos,” said KFC. 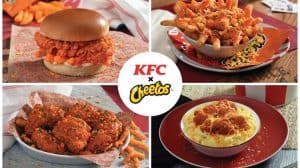 If you have ever wanted to try Cheetos on your chicken sandwich, then now’s your chance.

You better head to Kentucky Fried Chicken to get your chicken fix.

The fast-food chain is releasing the Cheetos Sandwich to all locations nationwide beginning July 1.

We have 6 KFC locations in the downriver area in Allen Park, Flat Rock, Lincoln Park, Southgate, Woodhaven and Taylor.

The bad news is, this delicious and crunchy chicken sandwich will only be available for 4 weeks.

Are you a fan of KFC?

Is this Cheetos Chicken Sandwich tempting enough for you to try? I’m willing to bet it is.