After removing a similar dish from the menu some time ago, Olive Garden is responding to feedback by welcoming back the fan-favorite flavor combination with the introduction of it’s new menu item called Gorgonzola Topped Sirloin. 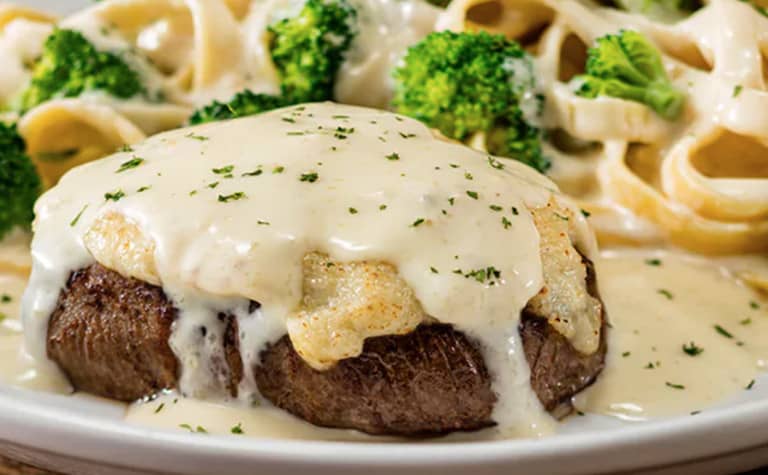 Gorgonzola Topped Sirloin features a grilled 6-oz sirloin topped with gorgonzola cheese, sun-dried tomatoes and balsamic drizzle. The entree is served with a side of with new Fettuccine Alfredo con Broccoli.

Parmesan Alfredo Crusted Sirloin includes a grilled 6-oz sirloin with a savory parmesan-alfredo crust and comes served with a side of new Fettuccine Alfredo con Broccoli.

Both entrees can be found at participating Olive Garden locations nationwide for a limited time.

Which cheesy steak creation do you plan to order? If you’re a steak lover, I’m sure you’ll try both.