Just in time for summer, Panera has launched a new menu that features food offerings under $10.

This is a perfect deal for the summer as we are all searching for new ways to save on food while also staying away from the kitchen. 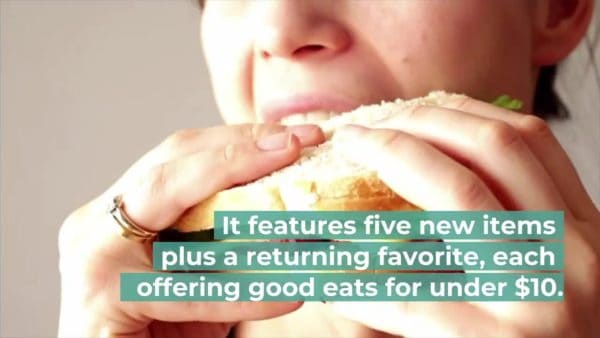 Being a foodie doesn’t necessarily mean we all love to cook.

But with COVID-19, we have to be careful now more than ever with where we purchase food and how we do it. Many restaurants are closed for dine-in or have limited space.

Even if you can secure a table at your favorite restaurant, though, takeout and delivery continue to be the best methods for getting our food.
So now we share the new Panera menu details so you can enjoy saving a few bucks when you eat out.

Additionally, you can now order Panera Duets starting at $5.99, here are the pairings:

Mix and matching is not allowed and no changes can be made on the above. Portions are half/cup.

Per the press release: 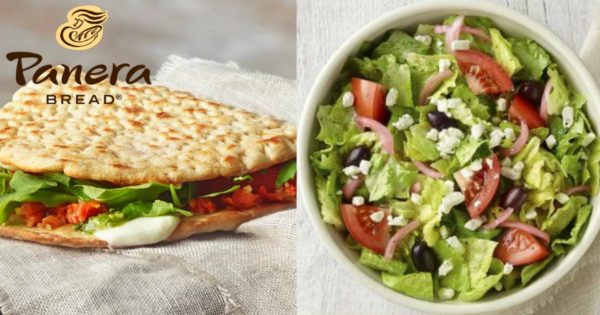 The Chipotle Bacon Melt sells for $7.99, and it’s a toasty bacon sandwich with smoked Gouda and American cheese, finished with some chipotle mayo on Panera’s Classic White Bread, so it’s essentially like a spicy grilled cheese with bacon. The Teriyaki Chicken Sandwich is the most expensive of the new sandwich options at $9.39. It’s a toasted bite served on Panera’s Artisan Ciabatta bread, with teriyaki-covered chicken thighs, pickled red onions, emerald greens, diced cucumbers, cilantro, and mayonnaise.

The new breakfast wrap and sandwiches will be permanent additions to Panera’s menu, except for the new Chicken Teriyaki Sandwich, which will be available for a limited time until fall 2020.

New Jimmy John’s Deal: $5 Off All $20 or More Orders
Get $5 off a $20 or more order from Jimmy John’s. ...
Bob Evans Restaurants Introduces “The Best Dang Chicken in Town”
Bob Evans reveals new chicken meals claiming The B...
Panda Express Welcomes Back Wok-Seared Steak And Shrimp
Wok-Seared Steak and Shrimp is back on the menu at...
Mod Pizza Creates New Diego Pizza And Sweet Heat Pineapple Salad
Mod Pizza introduces the new Diego pizza and the n...
August Restaurant Marketing Tips
Need some marketing ideas for August? &nb...
Red Lobster Offers Nurses And Healthcare Providers 10% Discount
Red Lobster is celebrating of International Nurses...
Ruby Tuesday Spices up Menu With a Fajita Fiesta
Now offering three fresh-grilled flavor option...
McRib is Coming Back to the McDonald’s Menu
McDonald’s is making the holidays magical with the...
Previous
Next