Wingstop is joining in on the bundle deals that so many other restaurants are offering.

And this means getting enough to feed at least three people.

When it comes to finding meal deals, many restaurants and fast food stops are bringing new offers to  people with enough food to feed a family, while also giving us a low price. 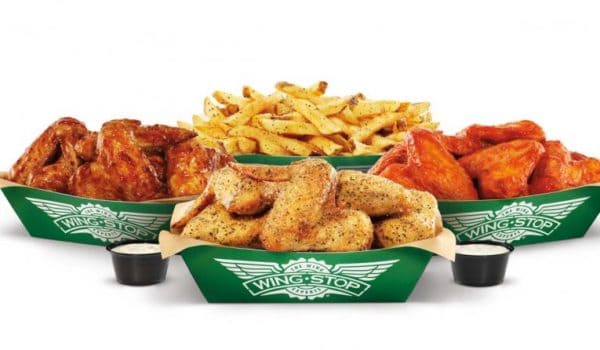 Wingstop is the latest restaurant to offer a bundled meal deal.

According to Chew Boom, Wingstop is offering a bundle deal that is just $19.99 and will feed a family of three or four people.

While this bundle does not include a drink, it does have everything else you want from the chicken wing experts.

This bundle deal is called the All-In Bundle and comes with 16 of their boneless wings, six of their crispy tenders, three large orders of fries, and three dips of your choice.

For under $20 this is great deal, especially if you are a fan of Wingstop in Taylor and are looking to save a bit of money.

In addition, Wingstop continues to offer their weekly wing deals, which sees customers heading in on either a Monday or Tuesday to get Boneless wings for just $0.60 each. What a deal! 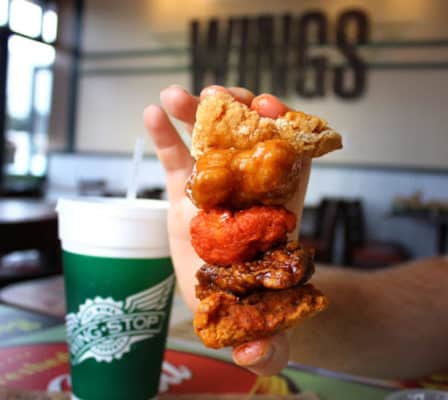 The All-In Bundle deal is available at participating locations, and will likely only be around for a limited time.

So now is the perfect time to order some wings to go.

Visit Wingstop online for a full menu or follow them on social media for news and offers.

Olive Garden Adds 2 New Sirloin Options To Their Menu
Olive Garden Adds New Gorgonzola Topped Sirloin An...
Del Taco Introduces New Cholula Smothered Tamales
Del Taco gets all hot and saucy with the introduct...
Restaurants Downriver That Offer Special Treats For Your Dog
Ever wonder if there are any pet-friendly restaura...
Panda Express Offers $20 Family Meal Through May 17, 2020
Panda Express Has A $20 Family Meal Deal With Plen...
Del Taco Launches 2021 Crispy Chicken Summer Menu
Del Taco celebrates a year since first introducing...
How to Get Starbucks' Secret Menu Valentine's Day Drink
Hack the menu for a Starbucks Chocolate Strawberry...
BJ's Brewhouse Is Now Open In Taylor
BJ’s wants to be that place where the mome...
Previous
Next