Pizza stop in Wyandotte dating back to 1974 offering carryout or delivery.

Grand Dad’s Bar is new to Downtown Wyandotte! We’re your old time hang out type of joint. Serving timeless cocktails, happy hour,food till 1am, and fun!

Taco Bros is about 2 brothers joining together to make everyday Mexican food in the downriver area.

We will bring delicious homemade style food to your taste buds. We are using recipes passed down through our family and we are here to share the awesome taste of our food with you. 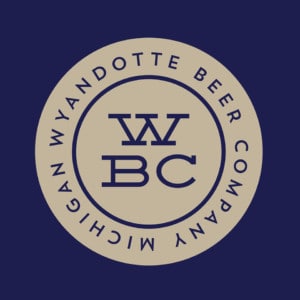 The brewery and beer garden opened in November 2019.

The place has big, long communal tables with playing cards and board games for fun and entertainment while you enjoy good food, great beer and awesome company.

The twelve-tap brewery currently features six different kinds of beer, including an IPA and golden ale.

There will be a core group of beers available year-round so regulars will always have their favorites and the rest of the taps will be used for seasonal and experimental brews.

The food menu features their signature Pizza, along with a stromboli that breaks apart for dipping. Of course they have salads and “American-style” egg rolls.

You can also read the latest article from The News-Herald:

Wyandotte natives and childhood friends open microbrewery in their hometown

Wyandotte natives Brian Elsesser, 29, and John Friedrich, 28, owners of the newly-opened Wyandotte Beer Co., have known each other since they were 10 years old and have been brewing beer together since – well – before they probably should’ve done so. “Were we old enough to drink when we did our first batch?

A new European style eatery offering artisan foods has opened in Wyandotte where the former Biddle Blend was.

Open for breakfast, lunch and evening with split hours:

The grand opening was held on April 23rd. Closed on Mondays.

Ordered takeout, staff was friendly (and safe) and their timing was great. We ordered the Louisiana … Chicken rice bowl which was amazing (as always) and tried the meatloaf ciabatta for the first time. The sandwich was good, however, the onions weren’t caramelized and I don’t think there was any gravy.

Delicious and unique donuts, from Fruity Pebbles and Cannoli Creamed donuts to Maple Bacon and Oreo Cookies & Cream and more. Our selection of donuts will impress you.

In addition to craft donuts, we are also offering traditional donuts.

We have two shops to serve you. This location is in Wyandotte with another donut shop in River Rouge.

We have no description yet.

Smugglers Run on the River and Tiki Bar provides many spaces and events to find your fun and enjoy the warm months even more by the river.

By offering a banquet center, meeting room, large restaurant, bar, tiki bar, and of course our favorite waterfront, you are sure to fall in love with Smuggs!

Wine Dotte Bistro is a great place to meet friends for wine, food and conversation. It is an elegant but casual wine bar restaurant located in Downtown Wyandotte District on the Detroit River.

This hidden gem has a vibrant and industrial design with warm tones, crystal chandeliers and mix-media artwork. The soft seating area has a flair that offers guest to relax, unwind and enjoy the electric wine list by the glass or bottle or maybe a fashionable cocktail by our top shelf Bar Tender.

Behind the bar and kitchen, you find a passionate and experienced team to offer our guests the ambience and exclusive dining experience they deserve. The Chef’s culinary techniques will bring a unique twist of flavors from the kitchen to your indoor seating or our chic stylish outdoor patio. 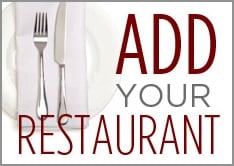 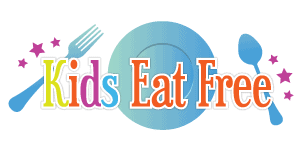