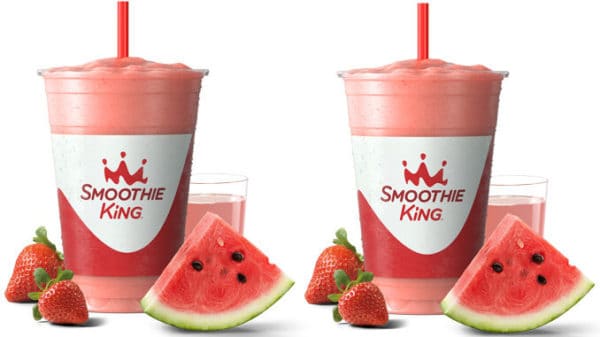 “I absolutely love exercising outdoors, whether that’s doing intervals in my backyard, taking a run around the neighborhood or going on a hike to reconnect with nature. That first sip of a Hydration Watermelon smoothie after a tough outdoor workout is a total game changer – it’s just what I need to cool down and replenish some of the electrolytes I lost in sweat, especially on hot summer days,” said long-time Smoothie King fan Gabby Douglas.

In addition to the Hydration Watermelon smoothie, Smoothie King fans will be happy to learn that the chain is bringing back the Watermelon X-Treme smoothie.

Available as part of the chain’s Take a Break menu category, the Watermelon X-Treme is a clean-ingredient summer smoothie made with a blend of watermelon Juice, strawberries, coconut water, dairy whey blend, and turbinado.

You can find both summer smoothies at all Smoothie King locations nationwide for a limited time.