Taco Bell Brings Back One Of Its Most Iconic Limited-Time Offers: The Quesalupa

The Quesalupa is back at Taco Bell, and the brand’s most loyal customers have the first opportunity to get their hands on it.

Taco Bell is no stranger to rocking the quick-service restaurant industry with its innovative menu items, and the 2016 introduction of the Quesalupa was no exception.

After years of perfecting the recipe, the geniuses behind Taco Bell’s test kitchen are finally bringing it back. During its debut, the Quesalupa wowed cheese lovers everywhere and was one of the brand’s biggest limited-time offers in history. Now it’s back, and more craveable than ever, with 50 percent more cheese inside its famous double-layered shell. 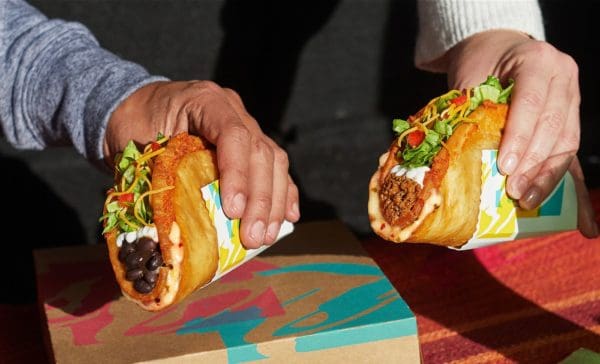 The journey of transforming a chalupa to Quesalupa starts with stuffing the famously crispy chalupa shell with a blend of melted pepper jack and mozzarella cheeses from edge-to-edge — the recipe for an epicly cheesy experience. Inside are Taco Bell’s signature flavors including seasoned beef, crispy lettuce, shredded cheddar cheese, fresh diced tomatoes and cool reduced fat sour cream.

Taco Bell Rewards Beta* members are used to getting first access, and this offering is no exception. Rewards members on the Taco Bell app score access to the Quesalupa starting today, March 10, one day ahead of its nationwide debut on March 11**. A lot has changed in five years, but Taco Bell’s most filling ‘lupa’s has remained a great value. Just like when it debuted in 2016, the menu offering is available at participating locations for just $2.99*** a la carte or $6.99*** for a combo which includes a Quesalupa, two Crunchy Tacos and a large fountain drink.

“Behind the scenes in our Test Kitchen, my team is constantly hard at work ideating on how to enhance the food experience for our guests,” said Liz Matthews, Taco Bell’s Global Chief Food Innovation Officer. “Our customers raved about the cheese filled Chalupa shell in its first debut, so when the Quesalupa began its return journey back to our nationwide menus, we knew we needed to perfect that cheesy experience – one that will be consistent for every guest and every bite.”

The item broke ground as one of Taco Bell’s most influential tests in the company’s history during its initial 36-restaurant rollout in Toledo, OH in 2015. In 2016 it became available nationwide, marking the first time in Taco Bell history that a Quesadilla and Chalupa had come together–the hype was real. After years of perfecting the shell’s cheesy experience, the fan-favorite menu item began its journey back to menus nationwide with a test last September in Knoxville, Tennessee.

The Quesalupa was originally launched with a star-studded campaign titled, “Bigger Than” in 2016. This time around, Taco Bell is bringing it back with an all-new campaign titled, “Overhyped.” Because sometimes there’s just a little too much overhype in the world, the brand is skipping the theatrics, pyrotechnics and elitist attitudes, and instead, simply letting fans know the Quesalupa is back with one message: “We think you’ll like it.” After all, once fans taste the irresistibly cheesy shell, it will be all the hype they need. Made in collaboration with creative agency Deutsch LA, the integrated campaign includes a :30, two :15s and digital/social elements, including leaning into the time warp TikTok trend to show just how cheesy the Quesalupa really is. 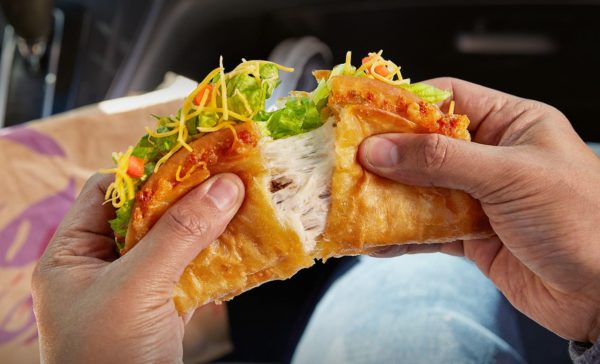 To join Taco Bell Rewards, all customers need to do is download the app and register for an account. Once a Reward member, individuals will begin earning points for every qualifying dollar spent and also unlock rewards and exclusive offers that unlock special deals. The Taco Bell app is the easiest way to order fan favorites, and it’s also the best way to get contactless**** service through the drive-thru by skipping payment at the window completely.

** Quesalupa Early Access is only available on 3/10 and redeemable only via the Taco Bell mobile app for in store/drive-thru pickup orders, at participating U.S. Taco Bell locations, while supplies last. Not available with a web pay-ahead, pickup order or delivery order. Must be a registered user in the Taco Bell app to gain early access.

Get Free Pancakes On National Pancake Day March 7th
IHOP® will be celebrating its 12th annual ...
Cantoro Italian Market & Trattoria Opens at the Detroit Airport
Travelers arriving or departing from the Detro...
Restaurants Downriver That Offer Special Treats For Your Dog
Ever wonder if there are any pet-friendly restaura...
Outback Steakhouse Cooks Up New Beef Short Rib
Outback Steakhouse celebrates Father’s Day this ye...
Taco Bell Brings Back The Double Cheesy Gordita Crunch
The Double Cheesy Gordita Crunch is back on the me...
The Big Salad Now Offers Free Delivery & Curbside Service
Healthy eating restaurant group The Big Salad laun...
Nacho Crunch $1 Double Stacked Taco Is Back At Taco Bell
The $1 Nacho Crunch Double Stacked Taco returns to...
Previous
Next