Chick-fil-A offers a new take on the traditional Caesar salad with the launch of the new Lemon Kale Caesar Salad.

Fast food salads can be good so hear me out. They may not always be top-of-mind when you pull up to the drive-thru, but when you want some extra greens on your plate, there’s something nice about being able to order a salad from a fast food joint—with fries on the side, of course. 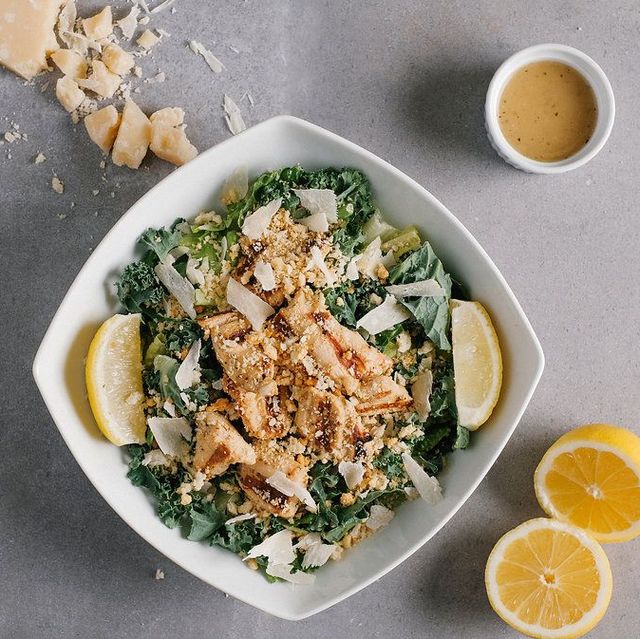 Chick-fil-A has a new salad on the menu for those that want something veggie-packed and the Lemon Kale Caesar Salad will be hitting menus next week.

The new item is meant to be a refreshing taste on a classic caesar salad that is ideal for the warmer months. It features warm grilled nuggets on a bed of romaine and kale, shaved parmesan cheese, lemon wedges, and is served with a Lemon Caesar Vinaigrette dressing and Lemon Parmesan Panko topping.

The Lemon Kale Caesar Salad is the first new salad entree on menus nationwide since 2016, and it received positive customer feedback.

The Lemon Kale Caesar Salad will officially make its way to menus on April 26 for a limited time, but remember that Chick-fil-A restaurants are closed on Sundays, so you’ll have to plan on going by on Monday.

Along with the new salad, a popular customer beverage combination is getting an official spot on the menu. You’ll now be able to order a “Sunjoy” from Chick-fil-A which is just like an Arnold Palmer. It’s a mix of Lemonade and Freshly-Brewed Sweetened Iced Tea all in one cup.

Stopy by the Chick-fil-A in Allen Park today to enjoy a healthy delicious salad for a change. Your waistline will thank you!